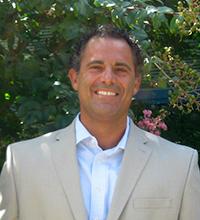 Mr. Rousos has over twenty-eight years of elementary school experience as an educator in Fairfax County Public Schools and is a graduate of FCPS. Prior to his role as Assistant Principal at Mantua ES, he served as Principal of both Keene Mill ES and Laurel Ridge ES where he closed achievement gaps while raising expectations across all groups, earning a nomination for Outstanding First Year Principal for his efforts.  As a Special Projects manager in FCPS’ Central Office, he designed and managed a system to provide high quality instructional access to at-risk FCPS students through a summer program.  After a year as LEAD Administrative Intern at Cunningham Park ES, he served as the Assistant Principal for both Forestville ES and Cherry Run ES, where he helped to improve math and reading instruction resulting in increased student achievement for all students.  An early hire candidate for FCPS, Mr. Rousos taught sixth grade at Bonnie Brae ES following his internship in Prince William County.

Mr. Rousos has presented workshops on embedded intervention strategies and creative methods for reducing class sizes for FCPS Leadership, as well as professional development opportunities for colleagues and teachers on a variety of topics. His central question is always, “What can we do differently that will be better for kids?”

From George Mason University, Mr. Rousos holds a bachelor’s degree in Psychology and Masters’ Degrees in both Curriculum and Instruction as well as Administration and Supervision of preK-12 instruction.  Additionally, he holds a Virginia Division Superintendent License, with coursework from Virginia Tech.

Mr. Rousos and his wife have kids at Virginia Tech, George Mason University, University of Mary Washington, and West Springfield HS. When not at work they enjoy being outside, boating, traveling, cooking, and spending time with family and friends.